Recently, Olubi got some much-deserved recognition from a community in the form of a new name. Here, Lion Guardians’ Assistant Manager, Jackson Kikardi, describes what happened.

Two of our Guardians, Olubi and Tonkei, woke up early one morning and began their daily work of tracking lions and helping their community coexist peacefully with predators. While in the bush, herders told them that the evening before, lions killed a cow and people had decided to retaliate. Olubi, being an experienced Guardian and a trusted community member, managed to mobilize nearby stakeholders and community members to try and stop the hunt. Coincidentally, the owner of the killed cow had previously been employed by a local conservation organization. Olubi was quick to remind him that his livestock had been acquired with proceeds from wildlife conservation, and there was a need for him to protect and save the lions from the hunt as a way of saying thank you.

A meeting was called, and the hunting party converged at the scene where the cow was killed. One of the warriors in the hunting party said that it was important to kill the lions to stop them killing their cows, and others gave additional reasons for why the hunt should continue. But Olubi again turned to the cow’s owner, and began to shower him with praise. He informed him that the conflict is actually a result of his efforts as a retired conservationist; it proves that real conservation is taking place, because conservation work has enabled not only wildlife to live locally, but also local people to have the means to buy livestock. Although without conservation there might be no conflict, there might also be no lions, employment, or livestock.

The owner of the cow agreed that what Olubi and the rest of our team is doing is a continuation of the work that he long did with due diligence. He praised Olubi’s speech and thanked him for being a good role model to the community. He asked the community to stop the hunt and to always listen to those who come to stop them, because they too have livestock and feel the pain of losing a cow, but they also have a duty to protect wildlife because they are also ours and we all belong to this beautiful landscape.

While giving closing remarks, another community member added that just a week ago, Olubi had found 14 of his baby shoats that had gone missing for two days. He said that the mother shoats had kept crying for their babies, which bothered him greatly. He asked the community to trust and respect Olubi, and he proposed a name for him: Alaramatani, he who cares and preserves.

The community agreed, and we are proud to re-introduce Olubi as Alaramatani, because he cares for people and preserve lions and livestock! 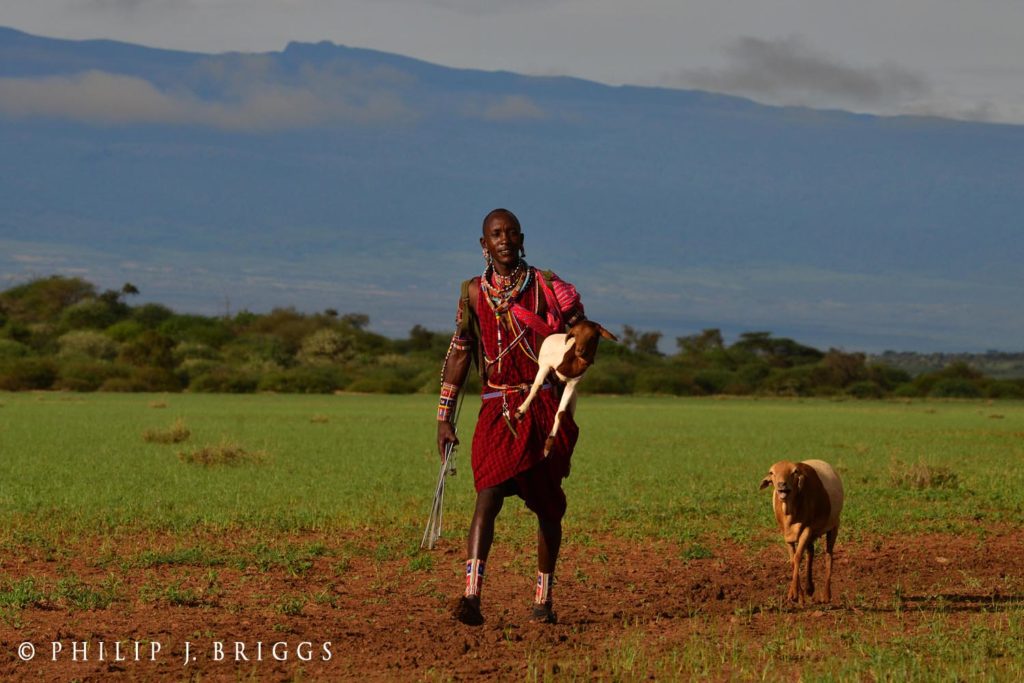