For over a hundred days, the Lion Guardians phone has been abuzz with messages and the air has been filled with exciting conversations about lions – even more so than usual! That’s because Lion Guardians has been involved in a key conservation effort currently underway across Kenya, the National Lion Census. This project has been spearheaded by the Kenya Wildlife Service and is aimed at figuring out how many lions currently live in Kenya and where they reside. There have been many special moments during this time of intense lion tracking, but this one – recounted by our Lion Monitoring Manager Philip J. Briggs – stood out as particularly memorable.

Out of nowhere, a lioness named Nadoare appeared a hundred meters from where Osunash (a 2-year-old male) and #312 (a 3-year-old female) were resting. Something stopped her in her tracks…perhaps a scent in the wind? She glanced around and saw the other two lions….and without pause, made a beeline straight for Osunash.

Gathering momentum, she quickly caught Osunash, and snarls and growls erupted in a billow of thick Amboseli dust. The other female, #312, joined Nadoare in the fight and landed a few slaps to the cause, even though she had been peacefully resting with Osunash just moments beforehand. It would appear lion friendships are as fickle as a goldfish’s memory. 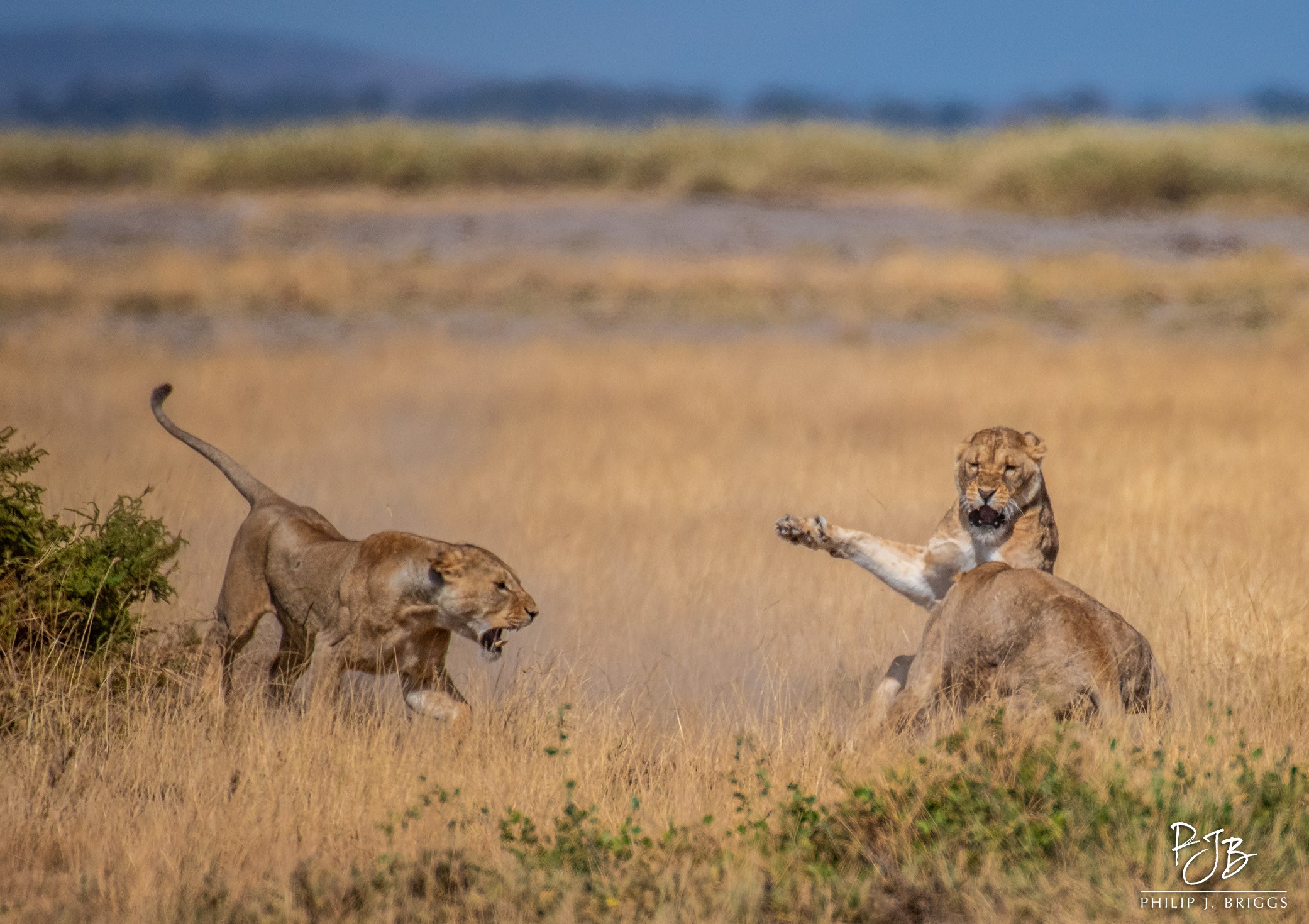 As we observed this battle from our monitoring vehicle, Eric and I simultaneously, and within a fraction of a second, knew that Nadoare was protecting something precious in the vicinity. And sure enough, as the dust settled, her secret was revealed: she was a nursing mother! It suddenly made sense that she was unwilling to tolerate a male nearby. 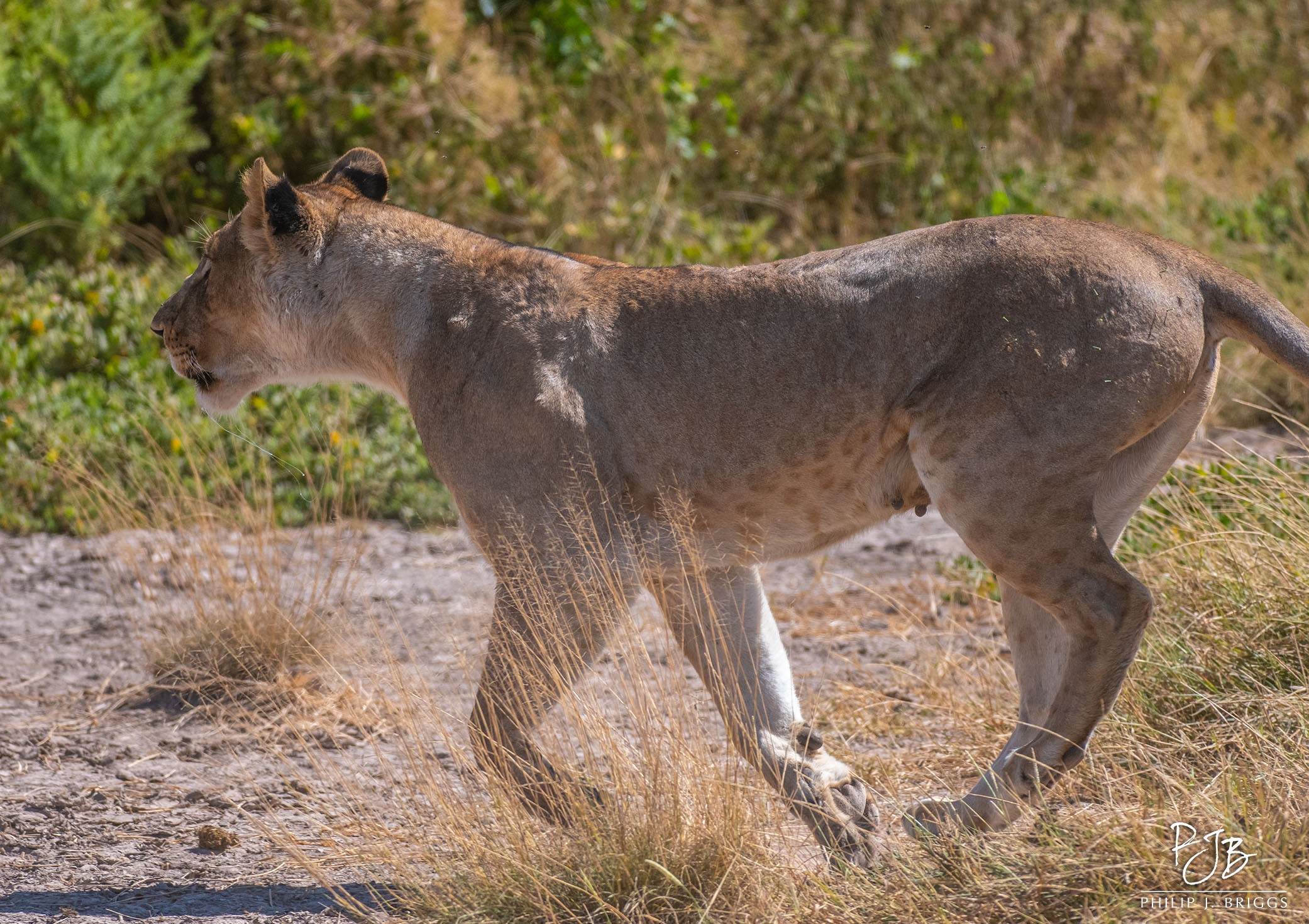 The fight continued, and keeping our distance, we observed another three rounds until Osunash reluctantly moved away. But Eric and I had already pinpointed where the cubs might be stashed, based on Nadoare’s repetitive and concerned glances towards a particular thicket just 50 meters away. By this time, the females were panting under the hot sun, and we left them to rest, knowing that we had a mission for the next morning.

We returned to the site at dawn, hoping the overnight space would give Nadoare time to recover and tend to her cubs. We cautiously drove towards the thicket where we suspected the cubs were hidden in a den. Turning off the engine, our focused ears caught a slight murmur, and soon we were greeted by the innocent conversations of tiny helpless cubs. Through the branches, we could make out at least three cubs…eyes barely open, struggling for balance, playing…a precious moment indeed. We were beaming. No matter how many tiny lion cubs we see, it is awe-inspiring every single time! 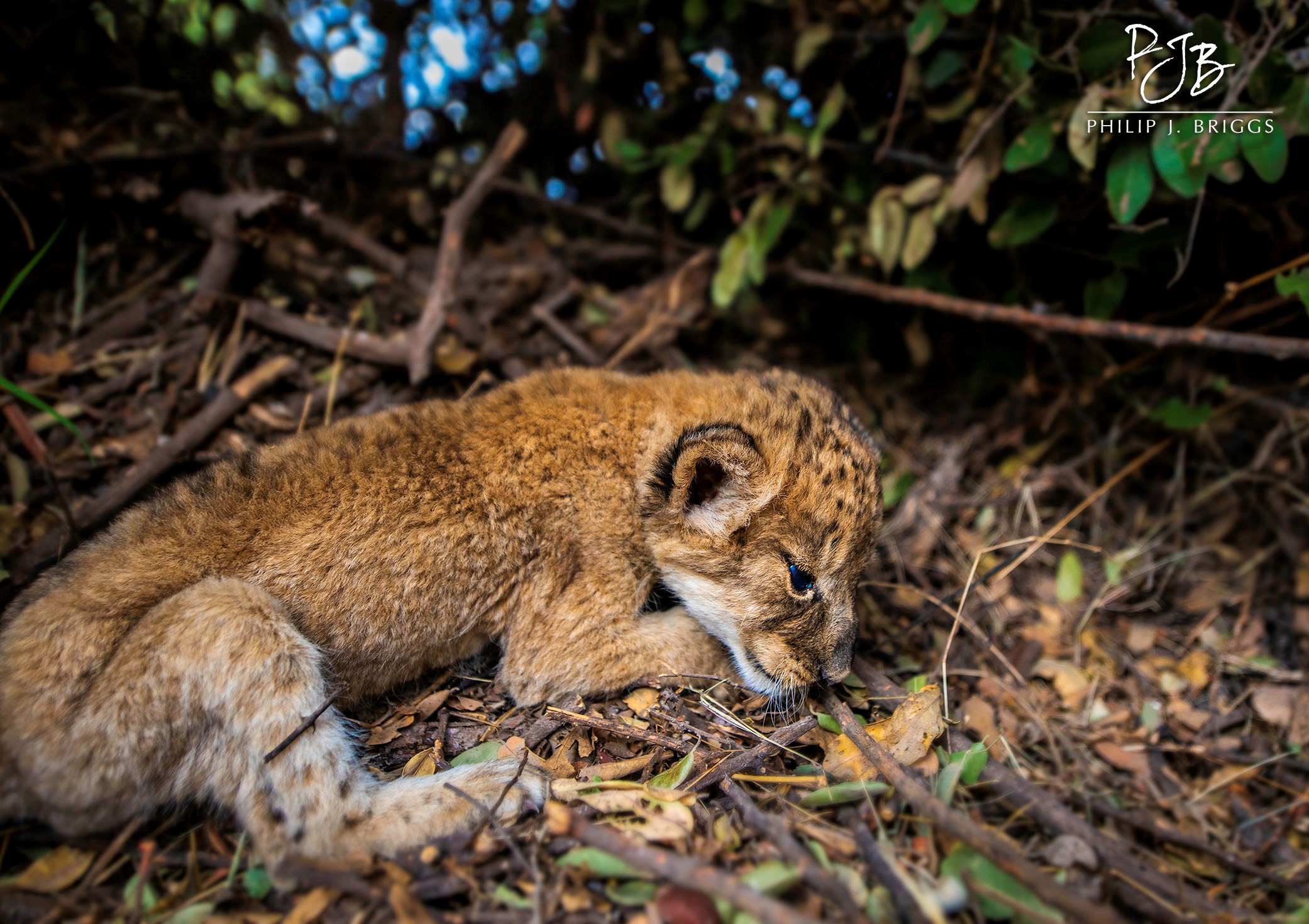 We had many special moments during our National Lion Census work in the Amboseli ecosystem, but when you witness such compelling moments in the lion world, you are filled with vigor to continue fighting for lions, to keep conserving them in every possible capacity. We, for sure, are more invested in helping keep Nadoare and her cubs alive after witnessing this experience – a mother’s indefatigable urge to protect her offspring, and the cubs’ fragility and naïveté about the big, uncertain world that lies outside their den.

We wish these cubs good luck; although they are too young to be counted in this year’s census, we can only hope they will still be around for the next.

If you would like to help us save lions like Nadoare and her cubs, please consider adopting a lion, sponsoring a Guardian, or making a one-time donation to support our work.