To protect lions and communities, it is critical to respond quickly when human-wildlife conflict erupts as well as to anticipate conflict before it even happens. Previous scientific research has found that lions’ activity patterns, attack rates, and hunting success vary across different phases of the moon, so we decided to dig into our own data to determine whether there is a relationship between the moon phase and the likelihood of livestock depredations in our operating area. If we know when and where lions are most likely to attack livestock, we can predict – and maybe even prevent – conflict.

We then further separated out the data based on the location of the attacks, so that we could compare the likelihood of attacks at bomas [livestock corrals] to attacks on livestock lost in the bush. Lions seemed to prefer to attack bomas during the first three moon phases (in other words, when less than 76% of the moon is illuminated). Since light is scarce during these early moon phases, lions may be more able to jump into bomas, attack livestock, and escape without the livestock’s owner realizing–and potentially retaliating. 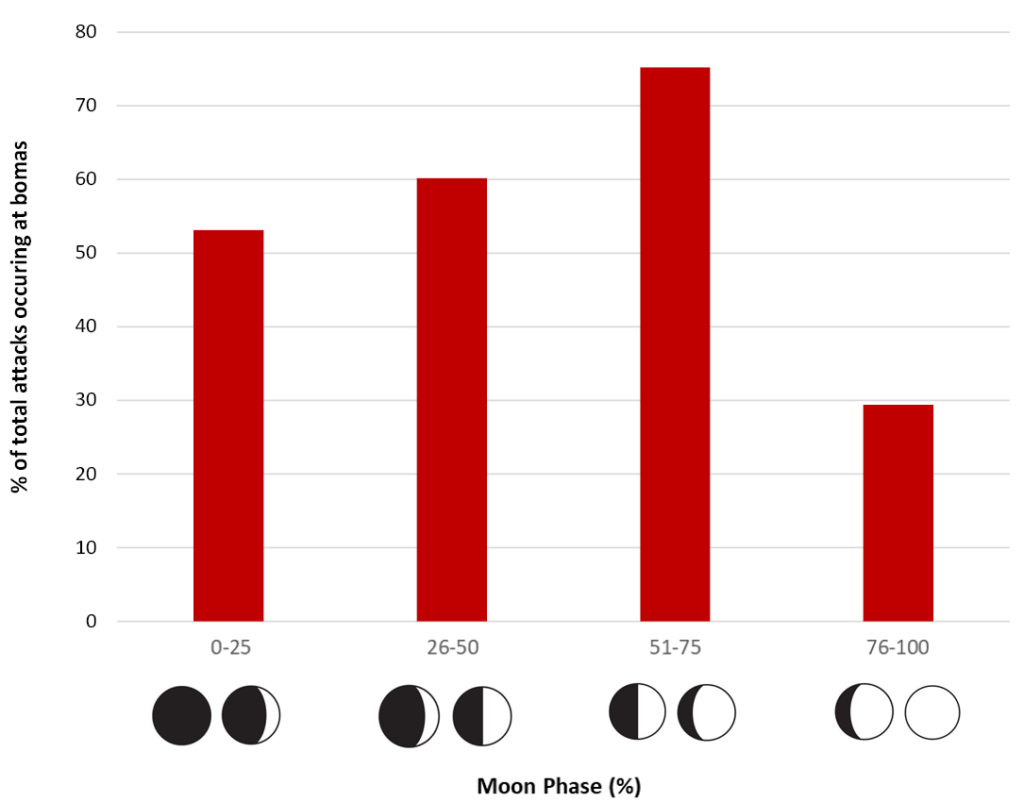 During the full moon phase, on the other hand, lions were much less likely to attack bomas (<30% of attacks occurred at bomas when more than 75% of the moon is illuminated). When there is ample moonlight, lions may not want to take the high risk of attacking bomas as they are more easily detected by both people and prey; at that time of the month, lions may instead target livestock lost in the bush.

These analyses are preliminary and we are continuing to dig into our data to discover further related patterns. But the new knowledge we have gathered has already helped us become better prepared to assist lions and communities. We now have an entire conflict team on call during the nights surrounding specific moon phases; even before conflict flares, we are ready to respond. 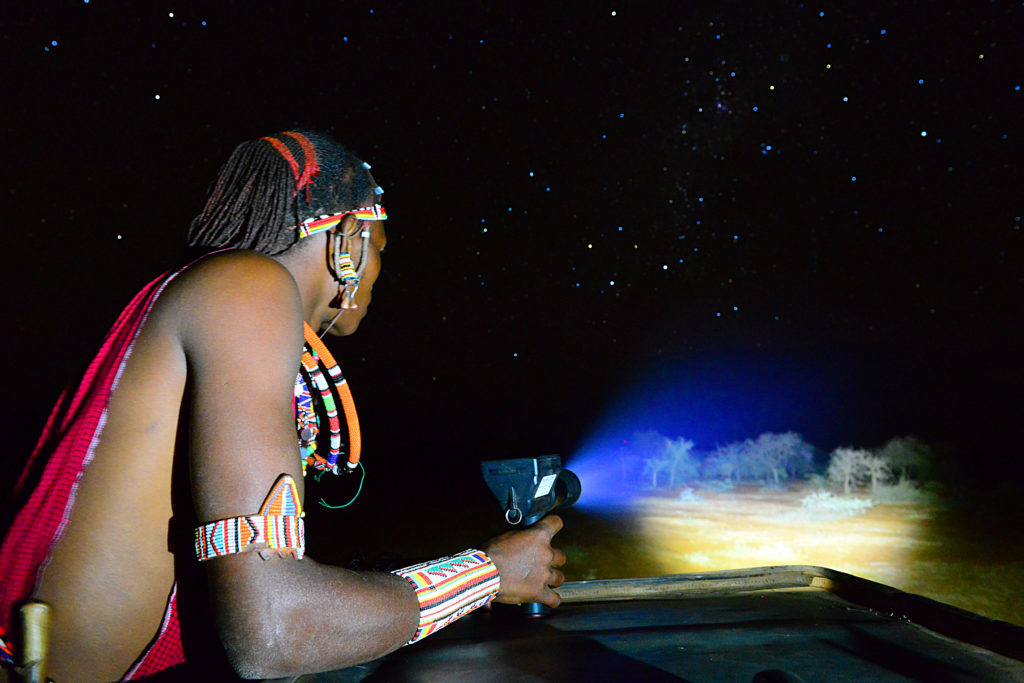