Livestock are paramount in Maasailand – they are a form of wealth, and are the lifeblood and livelihood of communities. Guardians help protect local livestock not only because keeping them safe limits the opportunities for lions to prey on them, but also because these efforts show communities that we are there for them. Guardians such as Noah (pictured above), who covers the Ilchalai zone in Imbirikani Group Ranch, spend much of their time making sure cows, sheep, and goats are safe and sound. Our Office and Data Manager John Merishi recently sent along a few glimpses of Noah’s work last month.

13th April 2020: While carrying out his normal Guardian duties, Noah came upon a cow stuck in a hole. He tried to pull the cow out, but he couldn’t manage alone. From the cow’s earmarks, he identified its owner and called him. Since Noah saw many tracks of hyenas in the area, he kept vigil in order to ensure that the cow was safe. The livestock owner mobilized a group of community members who went to help in pulling out the cow. And as the Swahili saying goes, “umoja ni nguvu” [Unity is strength], and together, the Guardian and the community members pulled out the cow in less than a minute. Luckily the cow didn’t break its legs and could walk. They all whistled as they took the cow back home. The owner was full of appreciation to the Guardian.

16th April 2020: As Noah was patrolling the grazing fields in his zone, a herder ran up to him. The young herder asked for help to pull another calf out of a hole. They both rushed to the scene. Noah realized it would be an uphill task, since the calf was fully submerged in a water hole. The Guardian directed the young boy to take the rest of the herd home and inform his family about the incident. Noah remained at the scene for two hours as he waited for reinforcement. When community members arrived, they managed to pull out the calf together. It was a tedious activity, since the ground was wet and muddy. They realized that the calf had injured its leg and couldn’t walk. Since it was a big calf, it would be difficult to lift and carry it home. It was also not possible to use a vehicle, since the area was wet due to heavy rainfall in the area. The whole team made a decision to stay at the scene until the calf was able to walk home. They stayed in the cold for hours – until 3am – until the calf gained strength to walk, then brought the calf home safely. As a way of appreciating the team, the livestock owner slaughtered a shoat for them.

24th April 2020: Noah found a herder who was stranded after one of his cows gave birth one morning. The herder was in a dilemma, since he wanted to take the newly-born calf home, but didn’t want to leave the rest of the herd in the bush alone. The herder was relieved and grateful when Noah appeared and offered to take the calf home. 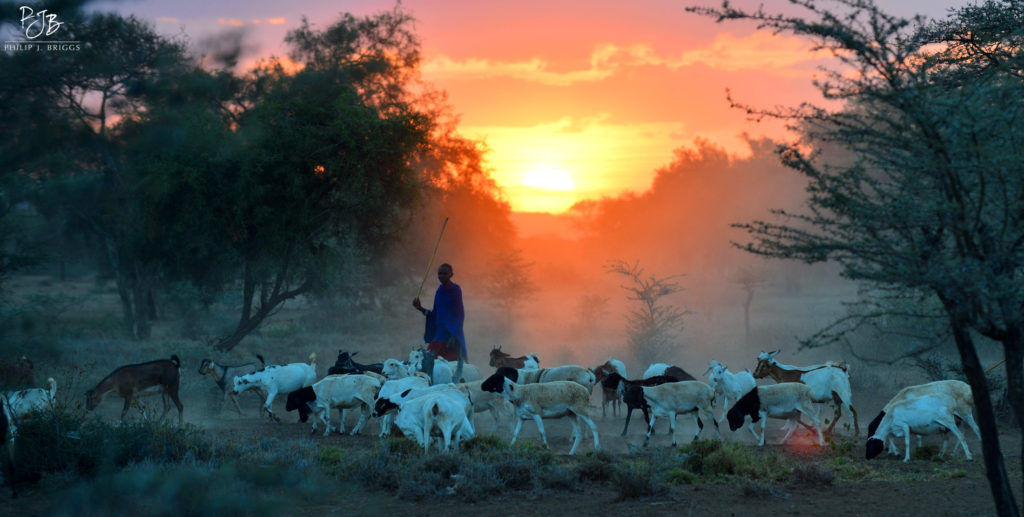