Organized to bring greater attention to the plight of the lion, Saturday the 10th of August 2013 has been designated as the ‘World Lion Day’. On this day, individuals and groups were encouraged to take action that demonstrate their interest and support in protecting the World’s remaining lions. The Lion Guardian Program is proud to be one of the groups listed on the official World Lion Day Campaign website. We therefore decided to hold our own World Lion Day event at Naor-Enkare Primary school neighboring our Central camp. We organized a very successful film day attended by over 130 school pupils and community members including women. 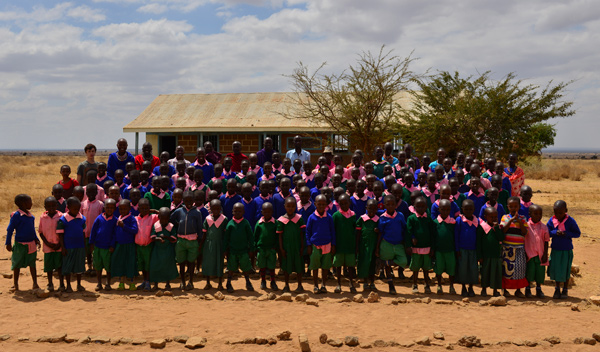 After explaining the main theme of the day, we showed our new Lion Guardians film. The film discusses the Lion Guardians Program, Maasai traditional values and the benefits that come from sharing rangelands with lions while creating awareness and drawing everybody’s attention to the plight of lions. Since the pupils and community members are all Maasai speakers, we showed the Maasai version of the film with English sub-titles. 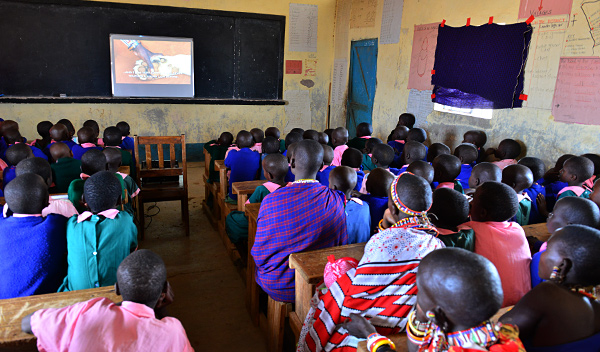 This kept everybody attentive and focused even though a few comments on familiar faces, places and animals were clearly evident and animated excitement filled the air. After the above film which whetted their appetite, the audience kindly requested for another film and we obliged. We showed them the BBC film on The Great Migration and by the end, we were inundated with requests for regular film shows. In fact, one pupil humbly requested that ‘every Saturday should be made a World Lion Day so we can watch a film about lions! 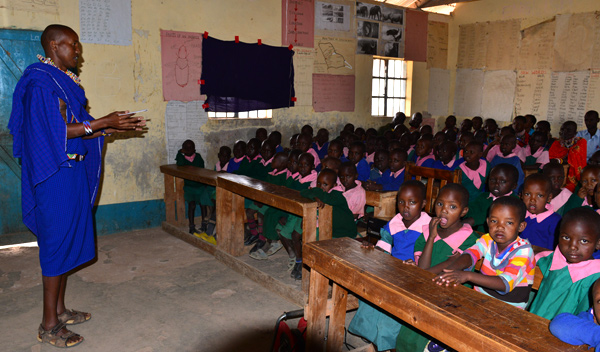 After engaging the audience with a questions and answers session, we presented the school’s boys and girls football teams with a football each. 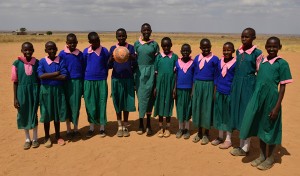 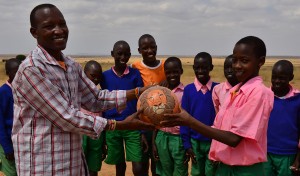 The footballs, provided by Eco-Sys Actions have a lion logo and the excited pupils could hardly stop playing on the pitch as their teachers pleaded with them that they should stop, go home as the event was over and wait for week-days. Clearly, despite their age, we never anticipated this kind of excitement. Members of the Lion Guardians sponsored school wildlife club felt very proud for the occasion while the parents and community members kept appreciations flowing.

We are happy that we were able to share our vision of a future with lions with these children, who will be the stewards of those lions some day. 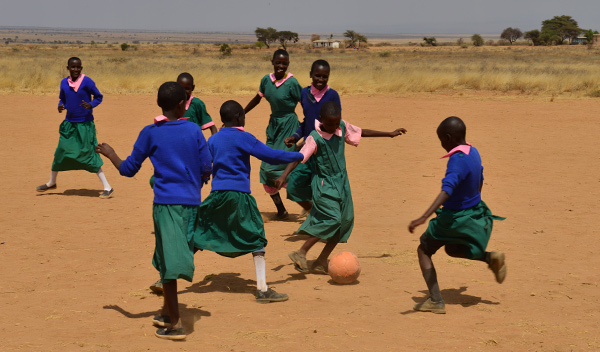 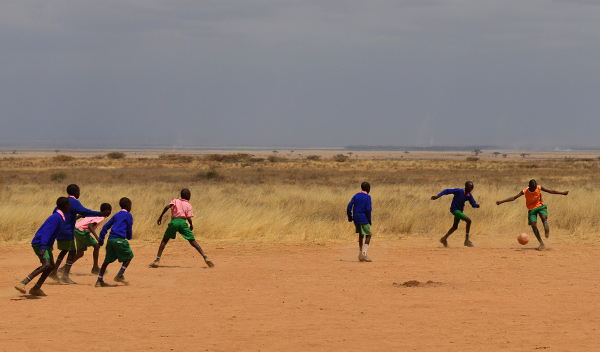 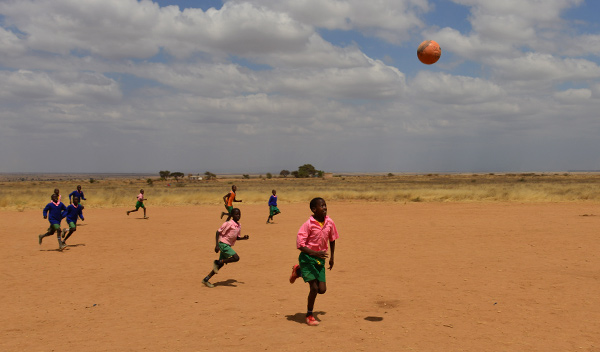