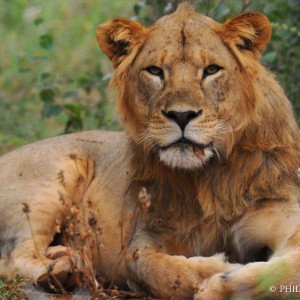 It was late in the afternoon when the report came in – Lion Guardian Kamunu had picked up Selenkay’s signal on his way home from his regional coordinator duties that day. It was a report, we had to follow up on as Selenkay, one our most notorious livestock killers, and her cubs are the future of lions in Eselenkei Group Ranch and we needed to make sure she was doing well. For several months now, we had been searching for her to no avail. We desperately wanted to see her cubs in order to get proper whisker spot ID’s as well as confirm their sexes. Dropping everything, we hurried out of camp with no clue of the sights awaiting us. As we neared the GPS point that Kamunu had sent us, we caught her signal loud and clear. We started to track the signal and before we knew it were rewarded with the most wondrous sight – there in a little clearing, were Selenkay, her now-grown daughters from 2009, Nenkii, Meoshi, and eight fat little cubs, all feasting on a zebra kill. For the next two and half hours, we sat and watched as Selenkay and her pride feasted and played. They were in such great spirits at being together after a fairly long period of time – they pounced, climbed trees and pushed each other over. It was the most heartwarming sight we had seen in a long time. And most importantly, we managed to capture great identification shots of the eight new cubs (Selenkay and Meoshi have four cubs each).

It was an extraordinary evening indeed – observing a pride of females and cubs, all that we have known and watched grow since they themselves were cubs, in a non-protected area is a special feeling. This is something that has been made possible through the concerted efforts of conservation organizations and the tolerance of communities in the area.  You, our supporters, are also a great reason for this success – without your help we would not be able to conserve lions and bring you these wonderful reports from the field. We thank you again from the bottom of our hearts for your support.

If you want to keep supporting our efforts in the field, an easy way to do so is by adopting a cub. You could be the adoptee of one of these lovely eight cubs for just $250. Sign up today and help keep Selenkay, Nenkii, Meoshi and their eight cubs alive and out of trouble!Upon further analysis of his movement patterns, we discovered that he had passed through 32 Lion Guardians zones, three counties, several Maasai sections and two countries. To our knowledge, he is the only documented lion in Kenya and possibly East Africa with such a large range, almost comparable to the lions of the Namib Desert. Reasons fronted in support of his exceptional movement patterns range from their relative young age to the search for females, prey and territory. 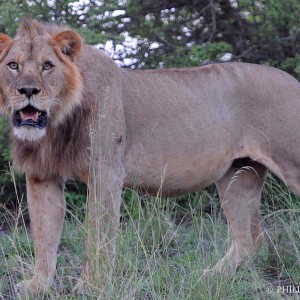