Last year we brought you the mysterious story of a young sub-adult male lion who was killed by a giraffe during a hunting mission that went drastically wrong. Read more here….

The three brothers that witnessed the event were rendered helpless as they watched their stricken companion die under the weight of the fallen giraffe. Over a year later though, the story is different. The surviving brothers have risen to take over a lion pride in the heart of the Chyulu Hills. 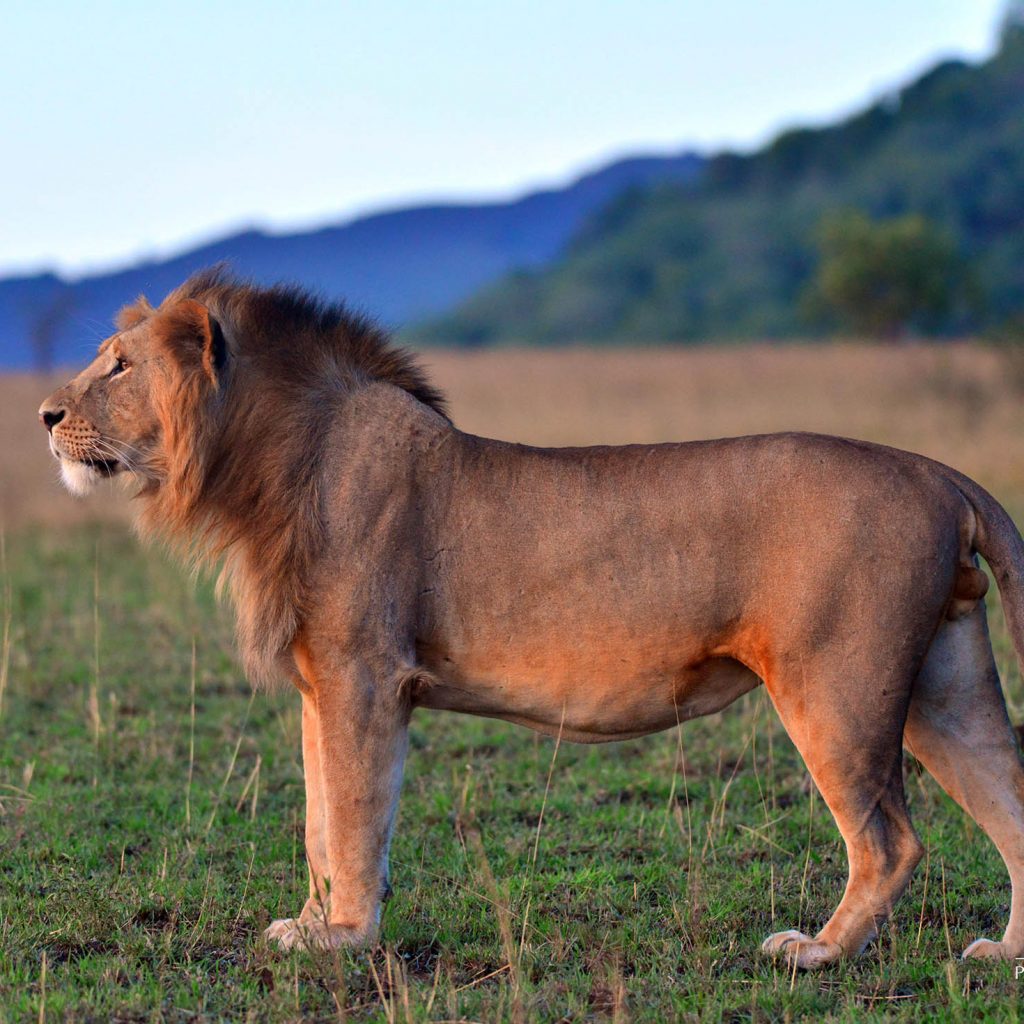 Looking at them now, they are a far cry from the scrawny sub-adults they once were. Now they have huge manes and powerful bodies. They have matured from youngster to adult. In late 2016 they swiftly ousted a coalition of two males, Olomartin and Oltoposat, and took over the Nosinoni pride. With four females in this family, they have been busy mating and more recently protecting their new offspring in this dynamic habitat which comprises flowing hills, thick forest, lava-rock outcrops, and open plains. 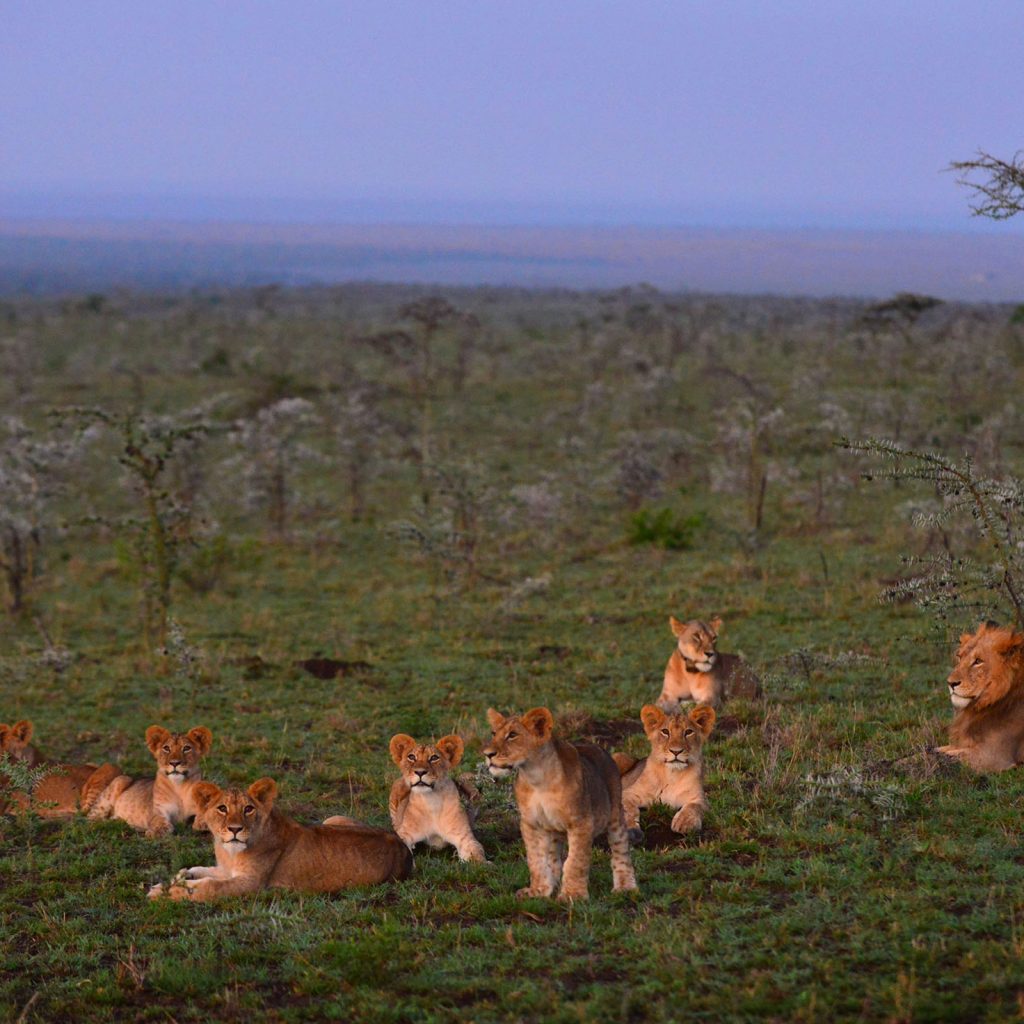 One of the features of having such a large coalition of males together with a few females is that when these lions roar at night, the result is an emphatic concoction of explosive reverberations echoing across the land for miles around.

Want to help us continue to protect the lions that live in community lands? Consider giving the gift of conservation and adopt a lion today! Click here for more details….