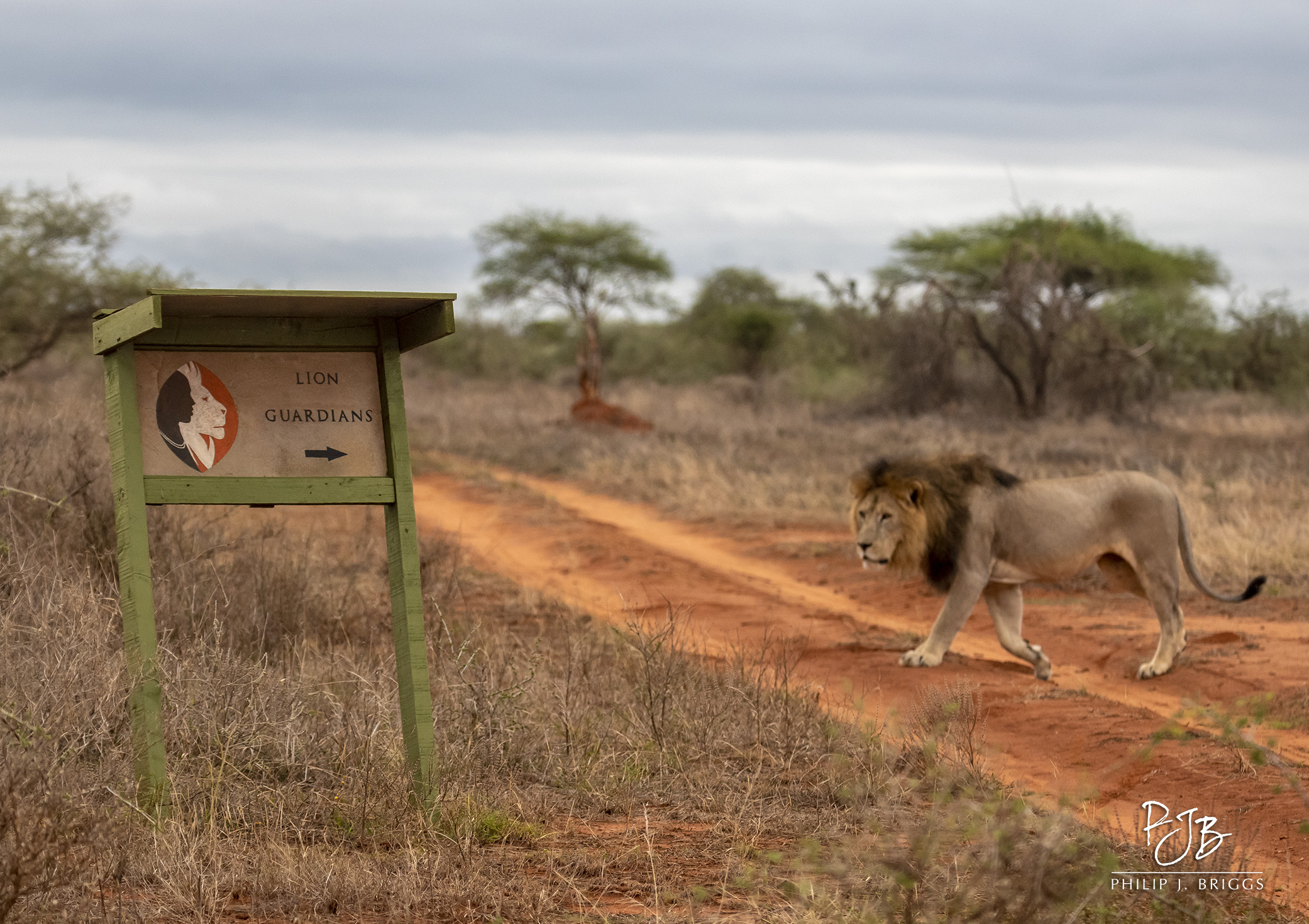 I gasped, inhaling sharply, as I was suddenly shaken out of my meandering dream. But I quickly became aware of the sound that brought me to this inconvenient and dark place in the wee hours of the morning. The noise, a colossal lion roar, was distinctive enough that I immediately knew who was making these tremendous reverberations: Martii, a male lion who has visited camp many times.

In the last few months, Martii has been silent in our area. He has recently shifted his entire pride west by about 20km to avoid conflict with his own sons. His male offspring have formed a coalition of four and are enough of a force that Martii likely thought it best to migrate his own family away from them to avoid conflict. Family matters are clearly complicated in the lion kingdom, and Martii – being the survivor that he is – makes smart decisions to keep out of unnecessary trouble.

So hearing Martii’s presence in camp again was a very welcome and happy moment for the Lion Guardians team. I drove past numerous staff houses, collecting eager observers to go look for Martii. 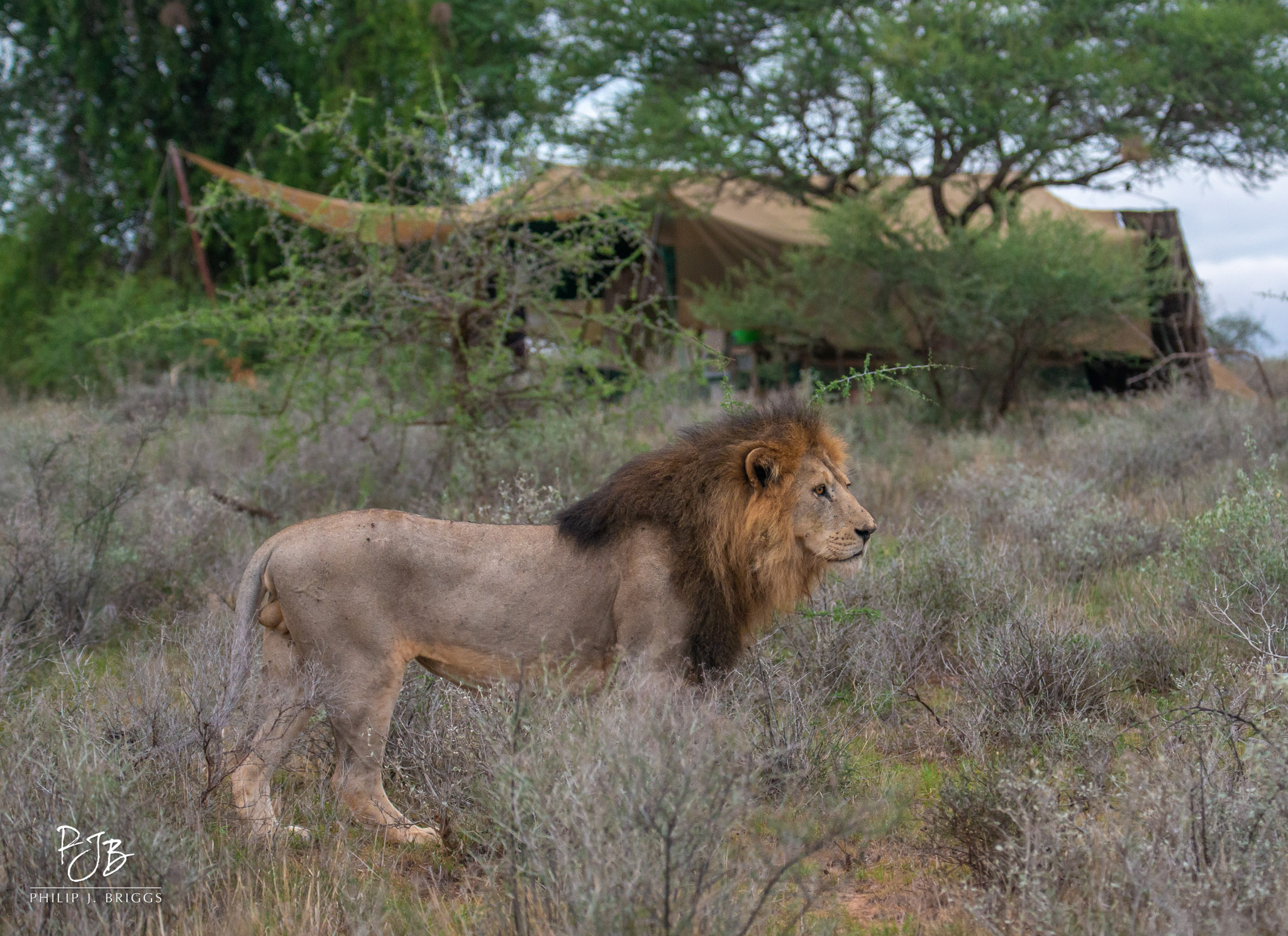 When we found him, we saw the same old friend, although noticeably older, maybe due to the recent stress of moving territories or just age catching up with him. His friendly demeanor is still his most endearing characteristic; he relaxed nonchalantly around our loud chatter, clicking cameras, and beaming smiles.

Once the sun rose, he walked further into camp, as if to see the Lion Guardians home in better light, to update his own mental map of how we were progressing. As he stood absorbing the tents and mess area, we remembered how special it is to have a lion like Martii in this landscape. Even though his sons have pushed him out of his old home, we welcome the new generation of Martii successors with the same excitement that we have for their legendary father.