Today the Selenkay pride are a shining example of how lions living on community lands can overcome the immense challenges they face in the battle for coexistence. And their story of survival can be credited to one amazing lioness – Selenkay. The rapid growth of her family even during most difficult times is a testament to her ability to make wise decisions and adapt to changing circumstances. She now leads one of the first prides to form once human persecution lessened on the group ranches in 2007-2009. Furthermore, her family has grown to be the single largest pride of lions outside of protected areas in the Amboseli-Tsavo ecosystem, averaging 20+ members over the past four years, and representing over five generations. 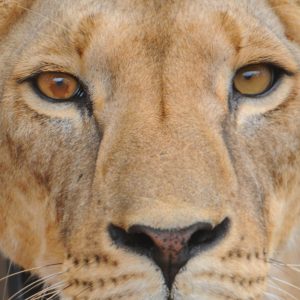 We first saw Selenkay as a young cub in 2007. Even then, she was stood out from the rest. She was a small cub, smaller than her younger cousins and most noticeably, she had a large brown coloration in her right eye. It was and is nothing like we have ever seen in another lion. At that time, we only saw her once or twice as she belonged to a pride of lions that moved out of Amboseli National Park (NP) during the wet seasons for a month or two before returning to the lush swamps of the protected area. Then in early 2009, we encountered three sub-adult females and upon identification, we realized these three were the cubs we had seen years earlier from the Amboseli park pride. Selenkay and her sisters appeared to have left their family group in the park. It is rare for females to disperse away from their family group, so we were surprised, yet also very excited to have new females taking up residence on the community lands of the ecosystem.

Since then, the challenges this pride has faced are far from insignificant; several individuals within the family, including Selenkay’s two sisters and a previous mate, have been speared and poisoned on different occasions. Selenkay herself has escaped frequent warrior hunting parties with the assistance of the Guardians; on one occasion she even attacked a warrior to defend her small cubs. She has also endured three male lion takeovers, including the loss of five of young cubs to incoming males so they could gain instant mating rights with Selenkay and her adult daughters. These are just a few of the many incidents that Selenkay has had to survive in her life of 9.5 years.

Ask most community members who live on Eselenkei Group Ranch to name a lion, and they are very likely to mention her or one of her family members. The Selenkay pride is renowned as one of the most prominent livestock raiders of the area, surviving on Maasai cattle and goats during lean spells or whenever an opportunity arises. Their penchant for livestock killing is passed down from one generation to the next and makes the Guardians work hard to protect Selenkay’s family every day  and also proactively keep them from killing more livestock. It is a challenge that the Guardians have fully accepted, as they actively warn herders when lions are present and help them to relocate their livestock to safety. It has also encouraged us to think outside of the box and develop new mitigation tools that are in turn aiding to lessen human-lion conflict in other areas where we collaborate and share our knowledge across Africa. 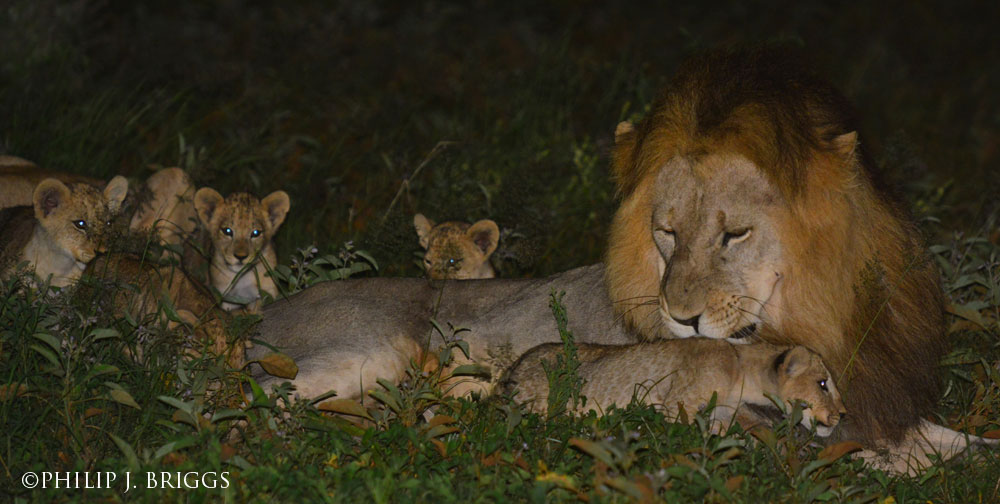 Furthermore, the success of Selenkay has led to stronger lion populations across all of Kenya and northern Tanzania by connecting previously isolated lion populations and providing essential genetic diversity. We know Selenkay came from a pride of Amboseli NP lions. In 2011, she mated with a male who dispersed to the community lands from Tsavo NP. She had two litters of cubs with him before he was ousted by a coalition of new males. One of those cubs, a male named Osapuku, survived and as a young adult made his way north. He traveled through heavily populated areas near Nairobi city and reached a series of ranches where the lions of Nairobi NP move into during the wet seasons. Here he has taken up residence and is mating successfully with the females. This is the first documented record of connectivity between three of Kenya’s premier protected areas; Nairobi NP, Amboseli NP and Tsavo NP. And this is due to Selenkay’s perseverance and good mothering as well as the tolerance of the peo 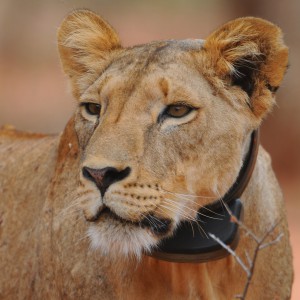 ple living on the group ranches of the Amboseli-Tsavo ecosystem.

Selenkay is a true warrior, and together with her family, they continue to defy the odds of a lion pride living amongst people. Their survival and tremendous growth as a family is a testament to the hard work of the Guardians and continued tolerance of the Maasai communities. Selenkay’s family is making history as we speak and we hope that through our work we will continue to positively impact the lives of so many lions and people in this ecosystem, and beyond.