Martii was born in early February 2009 on Eselenkei. He is the only surviving son of the then reigning heart throb Lomunyak. His mother was a lovely light colored lioness named Nasieku, she who comes out first. 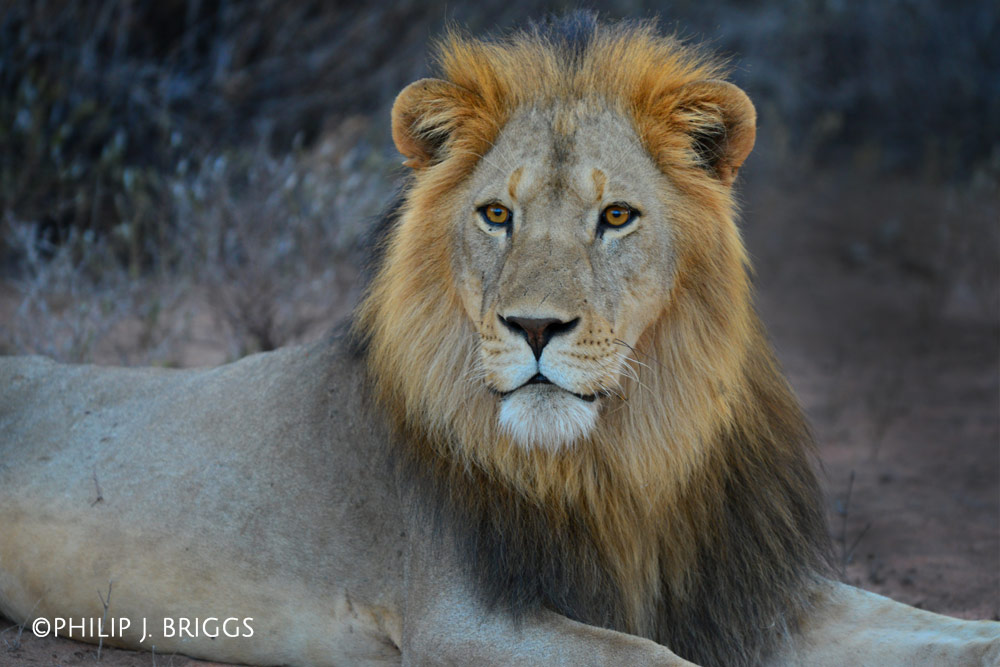 Martii only recently returned to our area of operation after a five year hiatus. He had spent the past five years nearly a hundred kilometers away, on the hills of another group ranch, Mailua where many lions have gone but never returned. The Guardians always wished that he would move deeper into their zones so they could better protect him. So it was a dream come true for them to see him last June in Eselenkei. It quickly became obvious that Selenkay and Martii were mating – six years to the day, in the same area, Selenkay had found a mate who may compare to her first, Lomunyak.
Since coming back Martii has been extremely magnanimous. Normally when a male takes over a new territory, he drives off or kills the offspring of the previous resident male. Surprisingly, this has not been the case with Martii who has adopted what appears to be a ‘live and let live’ policy leaving all the existing offspring in his territory alive. Furthermore, he has mated with all the female lions and six cubs have already been born since his arrival, with more expected in the upcoming months.
On this Valentine’s Day we are grateful for Martii, Meliyo, and all the other lovely lions that we are dedicated to protecting and to you who enable us to do the work we do.
Thank you and Happy Valentine’s Day from all of us at Lion Guardians. May your day be filled with love for all the amazing animals and the Guardians who work so hard to protect them.
Previous Post (p) Drought of the lions: what is good for one may be bad for another!
Share
Next Post (n) The Brave Son of Olokusie
Lion Guardians 2016-02-14T10:00:45+03:30