Last year, the Lion Guardians Games returned to Amboseli after three years of being hosted in Ngorongoro, Tanzania, and it was an incredible and rewarding experience. Below, our Program Manager Luke Maamai recounts what made this year’s Games different.

The Lion Guardians Games is an annual event that brings Guardians, stakeholders, and partners together to celebrate the success of community participation in conservation, share challenges related to community work, and brush up on techniques and ideas to address lion-livestock conflicts.

In 2019, the Lion Guardians Games were not just a get-together event, but a more educational occasion that focused on leadership skills and leading change. We called the event “Naboishu” which in the Maa language means ‘unity.’ In the past, the Games have had different competitive events for the Guardians, such as stick throwing, sprints, and spear throwing, but this year we specifically concentrated on team-building events, like tug-of-war, a blindfolded obstacle course, and a hula hoop race. Each of these events helped participants learn to communicate better, rely more on each other, and work through difficult challenges together, building on the theme of unity and togetherness.

“I felt encouraged by the Naboishu event. It was unifying and full of fun. I might be alone in my zone, but I know I have a caring family spread all over the ecosystem.” -Mitiaki

At the end of the Games, it was announced that the winning team would get the surprise of a helicopter ride around the local conservation areas. The Guardians were filled with a mixture of excitement and fear as it was their first time in a helicopter. The pilot could do only two trips, each with six people, but the winning team had thirteen Guardians. Senior guardian Olubi Lairumbe, who has been a team leader since he joined Lion Guardians in 2007, said “I will stay behind for the rest of the team to enjoy.” Everyone in attendance was awed and humbled at such a display of leadership, and it was a rather fitting conclusion to an event dedicated to coming together as a team. There is no doubt that teamwork depends on dedicating ourselves to helping each other achieve success. 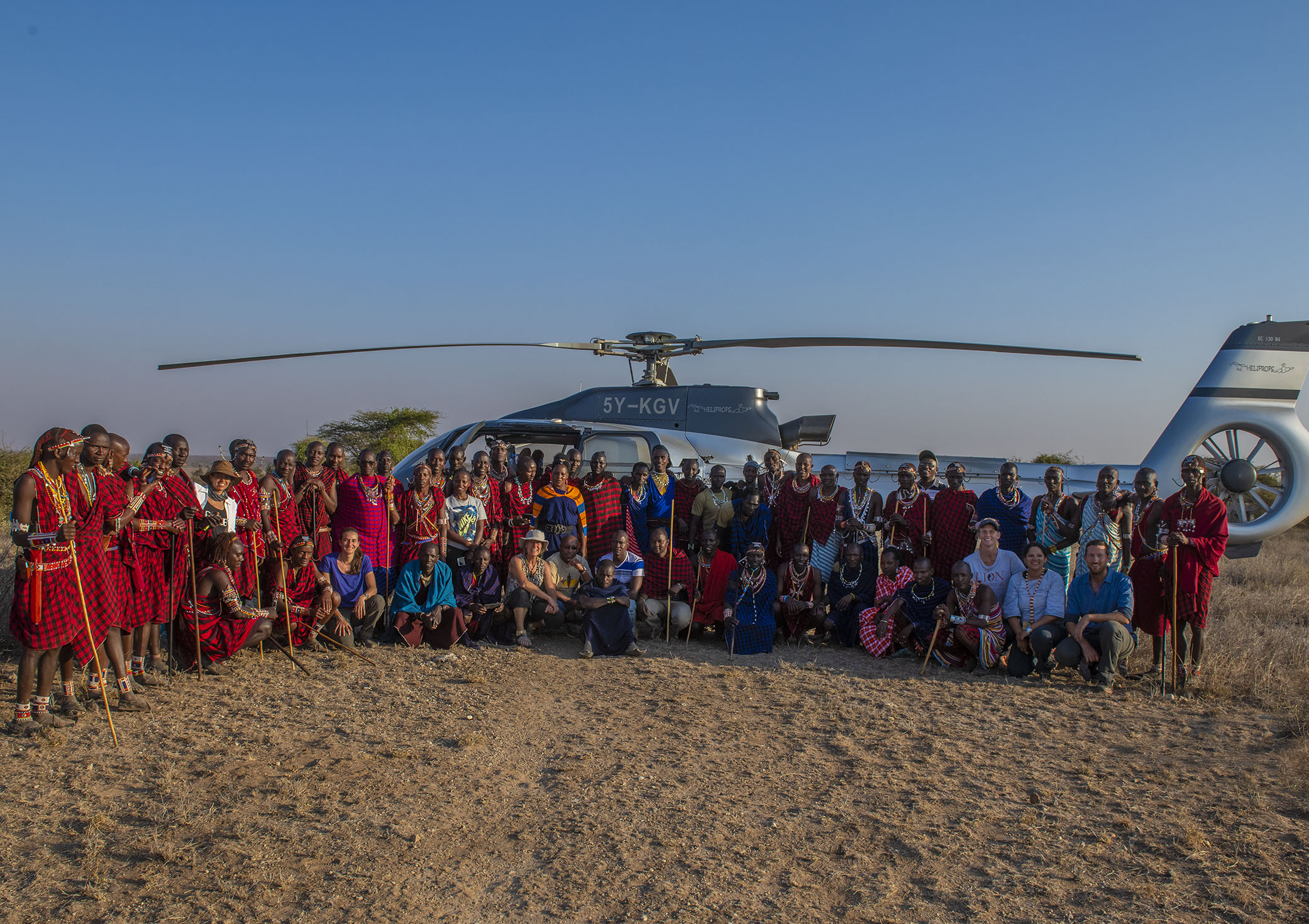