Recently, our Assistant Manager Jackson Kikardi checked in with a local Lion Guardians-supported schoolteacher to see how things were going.

Here, like in many parts of the world, local schools have been closed for the last several months to protect communities during the pandemic. During this closure, many Maasai schoolkids remained at home and turned to herding; parents used this time to mentor their sons and daughters and sharpen their skills in livestock husbandry. In particular, lots of parents focused on bush skills to help their kids navigate livestock in an area known to hide many predators. But last month, children were called back. When schools opened, I paid a visit to Jeremiah, a pre-school teacher at nearby Naorr Enkare, who is supported by Lion Guardians.

Jeremiah told me that nearly 75% of his pupils hadn’t reported back to school, and nobody was certain about their whereabouts. Jeremiah was upset – not only did he feel his work wasn’t worthy without the missing pupils, but he also wanted to make sure the children were alright. Without informing us or the school management, Jeremiah had made a plan to trace the kids and bring them back to class. We offered our support, but he was confident about his plan.

In mid-January, we came across Jeremiah on the road as we were coming back from a conflict report in Risa. We stopped our car for a quick chat, and we were impressed to learn that he had already tracked down and returned most of his pupils! On weekends, Jeremiah had been fueling up his motorbike and riding around the villages to inform parents that school was back open and that they should release their kids to school. When he didn’t have fuel, he instead walked long distances to trace the kids and ask other villagers about their parents’ whereabouts. He was able to round up many of the children, and told us that many other families had moved to distant villages in search for water and pasture for their livestock. Thanks to Jeremiah’s hard work, only 16 out of 54 of his students remained unaccounted for. 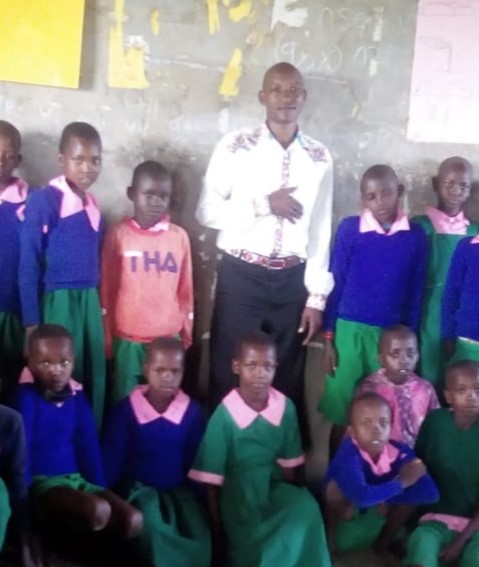 I was really impressed by Jeremiah’s humility and his determination to bring back the kids to school. Teachers like Jeremiah go out of their way, even digging into their own pockets to support pupils who come to class without necessities like pencils, books and handkerchiefs, so that they are comfortable and feel equal to others. Like so many other teachers, his passion is inspiring, and his work is of paramount importance to our community.

We will soon visit Jeremiah again to know if he was able to track down those remaining 16 students!