In the following dispatch, our program manager Luke Maamai explains how a collaborative project between Lion Guardians and Born Free Foundation will help local lions, livestock, and community members.

Much of the decline in the lion population in Africa results from the illegal killing of lions using spears, snares and poisoning in revenge for livestock depredation. Many pastoralists have to rely on external sources for support, such as remittances and relief food in order to cater to their households’ need.

In many areas, government and non-governmental organizations have attempted to solve lion-livestock conflicts by adopting expensive and high-tech interventions to control predators’ raiding of bomas (livestock enclosures) at night. Lion Guardians provides full support in mitigating lion conflicts during the day by covering huge areas where lions and livestock coexist, and also supporting the communities around the Amboseli ecosystem. We are proud to announce that, in collaboration with the Born Free Foundation, we have been able to support the construction of four lion-proof bomas in the three group ranches adjacent to the Amboseli National Park – namely, Eselenkei, Imbirikani and Olgulului. The bomas selected for this construction were those attacked most often by predators, and the boma owners were very supportive of conservation efforts. 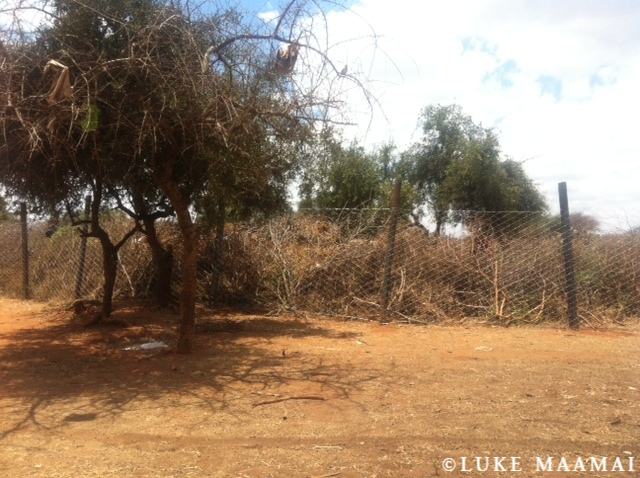 I visited and surveyed the newly-built bomas and these were the words of one of the beneficiaries, Olenturruai, a very senior elder at the top of age-set Ilnyangusi (about 94 years old): “I lived with wildlife for almost a decade now; we fought with them in revenge for our killed livestock and for our security, but we did not want to finish them off and be without wildlife. We taught young men not to ever kill females and young cubs, so the population could grow. We also give lots of value to killing a male, rather than a female, so that young warriors will see the differences when they go out hunting lions for cultural purposes. I see a change in lions’ behavior, because it used to be in rare cases that lions got into livestock’s enclosures at night, but nowadays they come and kill livestock. I am so happy to see my boma built to control predators at night. I lost so many livestock to lions, but I will still encourage young men to peacefully coexist with lions and other wildlife, for the future generations to see and benefit from them.”