Today is World Wildlife Day and we asked Luke Maamai, Lion Guardians Program Manager, about his connection with wildlife. He shared with us this traditional wisdom from his father that set him on the path he finds himself on today.

“Traditionally, Maasai did not eat their cattle but drank milk and blood instead. Warriors were taught to behave like lions; this was done by sending them in the bush to survive eating simply meat for weeks on end. Only during a severe drought was wildlife occasionally hunted; certain classes of people were allowed to hunt certain species of animals, while other species were considered taboo. People respected this rule and those found to violate it were dealt according to customary laws. This system enabled the Maasai to coexist with wildlife – the community, our cattle and the large mammals all shared the same ecosystem without a problem.” 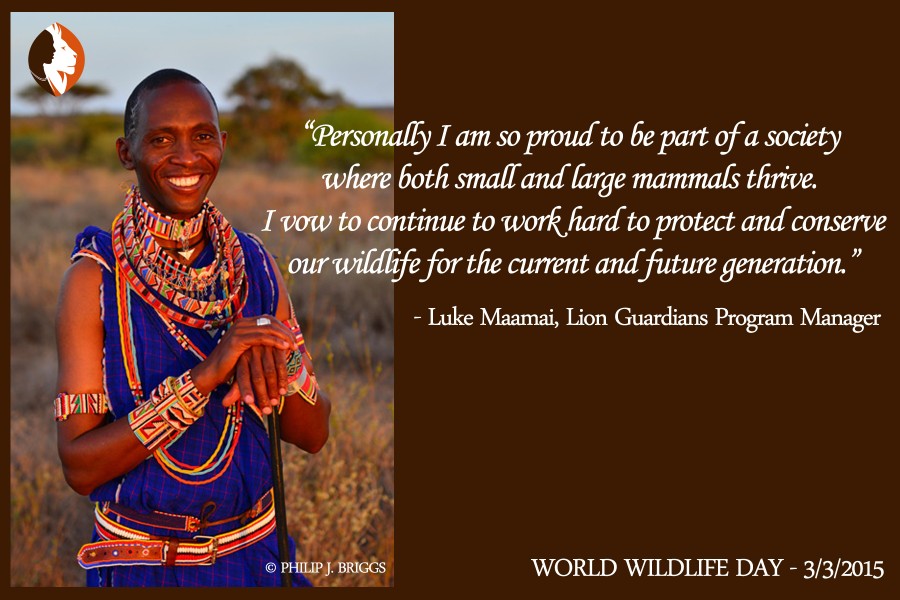