Deafening roars filled the air, as lion sparred against lion in the age-old struggle for territory. It was early 2013 and young immigrants Lorn’gojiyne and his brother Loosinkoron had just announced themselves to all, including the then resident male lion of the area, Ndelie. It did not take long before they had ousted Ndelie and taken over the Selenkay conservancy and Ndelie’s four lioness companions. They killed several litters of Ndelie’s newborn offspring to have a fresh start with their newly acquired lionesses. 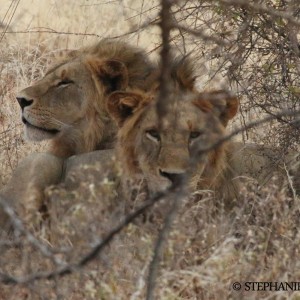 From their shy and elusive behavior, we quickly realized that Lorn’gojiyne and his brother were not from Amboseli National Park or any other protected area where they would have been used to vehicles. Although, even from the beginning, Lorn’gojiyne was always the slightly more confident of the two. In fact, at the height of their takeover, Lorn’gojiyne killed a hyena and purposefully left it on the road for all to see – a statement that couldn’t be mistaken, showing all who was in-charge. This act led him to become one of the Guardians’ favourites, and also earned him his name, which means “He of the Hyena” in Maa.

Since those early days, we have watched them both grow in stature and in confidence. They sired 14 cubs from the four females. But on March 28th, Lorn’gojiyne’s life came to an undeserving end. The two brothers and their newest lioness conquest Nanu had killed cows belonging to a community outside of Lion Guardians areas of operation. As his brother has one bad eye, Lorn’gojiyne always looked out for him, 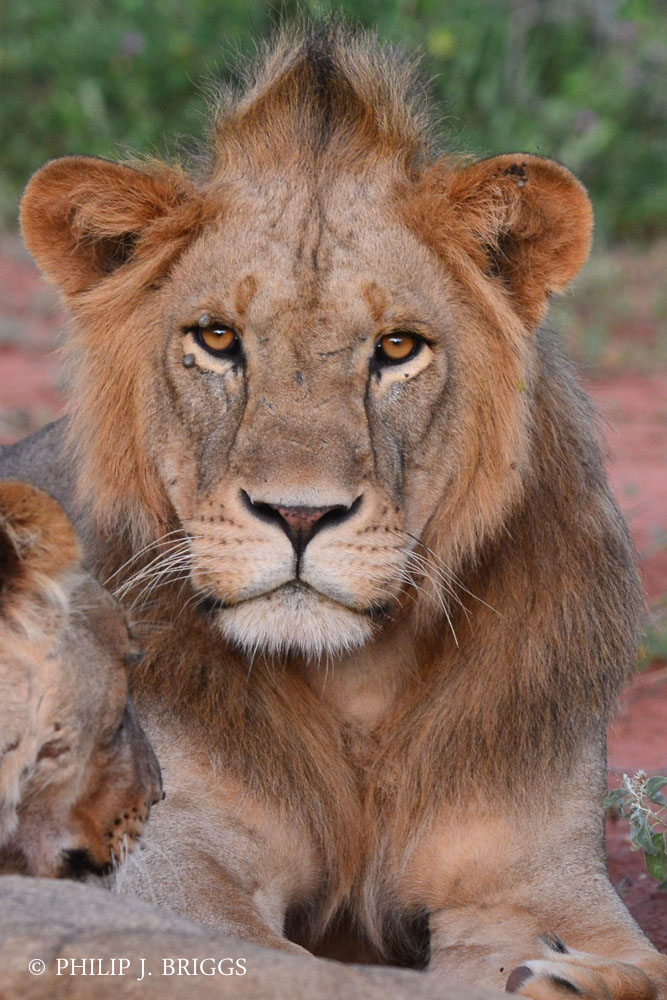 taking the lead when they hunted. And he did so once again when the morans who were searching for the lost cows came upon them, as they were feasting. Brave Lorn’gojiyne took the brunt of the attack and was injured as he allowed Loosinkiron and Nanu to escape. He was speared in the first skirmish and seriously injured one of the men who were attacking them, but he managed to get away. The injured man was taken to the hospital while his incensed community members gathered and undertook a targeted hunt for the lions. Injured and tired, Lorn’gojiyne faced them for his final fight as the hunting party caught up to him and speared him to death.

Lorn’gojiyne was only five years old with a long life ahead of him. He was not a chronic problem lion, more often than not he chose wild prey instead of livestock. As the reigning male for all of Eselenkei Group Ranch and the northern stretches of Olgulului Group Ranch, he is a great loss to the ecosystem and beyond. We are concerned that his brother may not survive long without him. The Guardians, communities and the entire team here salute Lorn’gojiyne’s short life – he is survived by his 14 cubs. We will always remember him the way he is in this video. Our hope and aim is to continue our conservation efforts to allow his offspring to survive and thrive; to move safely beyond our borders and spread Lorn’gojinye’s strong genes across Kenya.